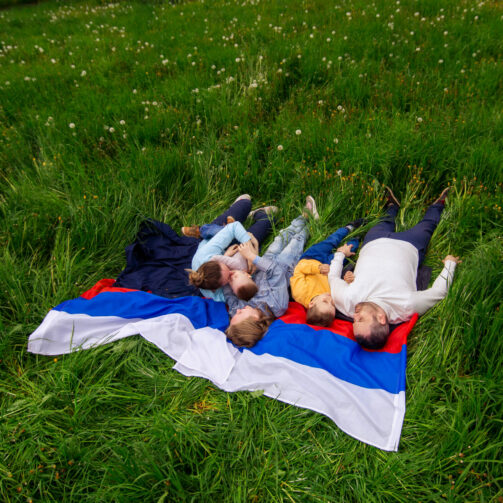 What does a Miami-based logistics provider know about Russia Day, a holiday celebrated nearly 6,000 miles away in Russia? Turns out, a lot.

“We are so fortunate to serve such a diverse group of valued customers from ocean to ocean, continent to continent,” says Jose Luis Suarez, Regional Sales Director.

“We’re also proud to have a team of skilled employees at internationally strategic locations, as well as local agents representing us around the globe. This helps assure we’re in tune with the culture and lifestyle of the local citizens. For us, this world is truly a smaller, more bonded ‘global community’ than what simple geography could indicate,” he added.

“So, to our dedicated employees who manage the logistics in support of this annual Russian holiday, and to all the people of Russia and those of Russian heritage living elsewhere across the globe, I’d like to wish everyone a happy Russia Day on June 12.”

Started in 1994, this Russian national holiday commemorates the June 12, 1990 adoption of the Declaration of State Sovereignty of the Russian Soviet Federative Socialist Republic (RSFSR).

Russia Day is a day to embrace national pride and create tributes for prominent Russians. It’s also a day for relaxation and celebration. Many Russians get together with family, attend a concert, or head out to watch spectacular fireworks. And since the Monday after this year’s Russia Day is also an official holiday, the celebration becomes a long weekend off for many Russians.

“We hope you enjoy the day and the long weekend in your special way,” Suarez notes, adding that fresh flowers are often an important element of local and family celebrations. Prime Fresh Handling plays a critical role in shipping fresh bulk flowers so that they arrive in Russia in tip-top shape for any celebratory occasion.

Where do the flowers come from, how do they get to Russia, and what precautions are taken to assure they arrive fresh? Here’s a glimpse into that complex process:

“Many flowers for Russia Day are grown in Ecuador and Colombia, and to assure freshness, they’re harvested the same day as their flight out of the country. After cutting, they’re immediately stored by the farms in cooled rooms at a temperature of 2-8°C (36-46°F) until they can be quickly loaded into refrigerated transports to local freight forwarders – where again, they are loaded into cooled rooms. Later, they’re delivered in complete shipments to the airlines’ airport warehouses, where they’re palletized.”

In the next critical step, according to Prime Fresh Handling’s Manager in Amsterdam Severyn Yanytskyy, “we handle the transport of these perishables via air cargo flights from South America to Amsterdam Airport Schiphol (AMS), where we accept the flowers, and process and stage them for their final journey to Russia by truck or air.”

Keeping the blooms fresh means the aircraft cargo hold’s temperature is set precisely at 5°C (41°F) for the trans-ocean journey. Some of those bulk flower shipments also are flown on from AMS to other airports in the Netherlands or Belgium, before being loaded onto temperature-sensitive ground transport for the journey to Moscow, St. Petersburg, or other regions of Russia.

“It’s a detailed, incredible robust effort each year as we arrange for transport of up to 500 tons of fresh flowers – roses, carnations, gypsophila and other blooms – on full Emirates SkyCargo and Atlas Air freighters from Quito to Amsterdam,” says Yanytskyy.

“In addition, we handle air transport of more than 150 tons of these lovely perishables to AMS from Bogota. If added air freighter capacity is needed for fresh flower transport, we’re ‘on it’ immediately.”

Prime Fresh Handling’s wealth of expertise and experience assures that the fresh flowers – for whatever the occasion – clear Customs promptly and arrive in peak condition – ready to be enjoyed by individuals or corporations, or alternatively used as decorations for celebratory events.

“In fact, Russia Day is just one of many special holidays across the globe that we support via 24-7  service to our shipping and bulk flower wholesale clients,” added Suarez.

Launched in 2001, Prime Fresh Handling’s parent company was initially set up to represent air cargo carriers involved in transporting flowers between South America and Miami, but that soon expanded to such cities as New York, Los Angeles, Amsterdam and elsewhere. “Now, we’re a major global shipper with staff and agents across the globe,” he says.

Prime Fresh Handling’s extensive network of warehouse and office facilities offers customers a complete menu of logistics and perishable handling services – everything from processing and packaging to consolidation, warehousing and inventory, as well as cold storage and bonding warehousing. When handling temperature-sensitive cargo the company also strives to shorten the shipment process at every turn, cut transfer times, and move paperwork officially and cleanly.

“It’s so important when working with fresh flowers to pay attention to detail” according to Yanytskyy. “These perishables are delicate, have limited shelf life, and need to arrive fresh and undamaged. We use industry leading technology to guarantee consistent, safe, and fresh delivery of fresh flowers and other perishables including pharmaceuticals, seafood, and fresh produce.

He notes that this could include everything from vacuum cooling to sorting, from repackaging, barcoding and labeling to temperature monitoring. In fact by using the unique vacuum cooling process, Prime Fresh Handling can extend the life of fresh flowers by up to 1.5 extra days.

To all our friends in Russia, we’d again like to say, “Happy Russia Day!” We’re proud of being a critical link in the international flower delivery pipeline between South America and Russia, showing that it’s truly a small, small world.

International Flower Handling is Key to the Business of Honoring Moms