Be it Fresh Produce or Pharmaceuticals, Different Generations Shop Differently 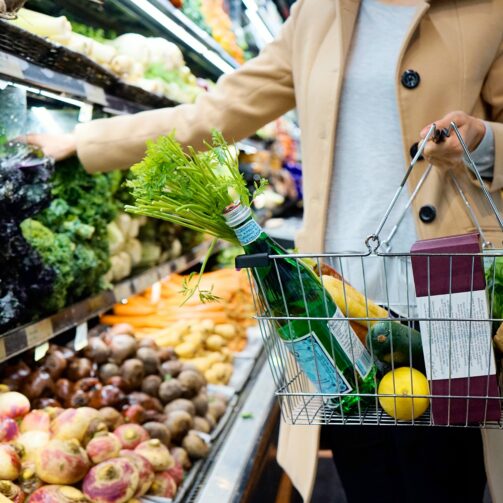 Shopping is an activity for the ages, with consumers spending money for everything from fresh produce and pharmaceuticals to designer clothing and exercise equipment, and from snack foods to electronics. But how has Millennials purchasing behavior stacked up again Gen Z purchasing behavior, and how have attitudes changed from past decades?

Prime Fresh Handling (PFH) recently investigated how today’s younger consumers shop and make purchasing decisions – and this is what we found.

Pre-pandemic, the Global Youth Retail study, a GfK proprietary study of younger shoppers (ages 16 to 21) was carried out in 10 countries (the U.S., U.K., Germany, Italy, South Korea, Brazil, Russia, India, China, and South Africa). Interestingly, while those younger shoppers believed that online shopping was absolutely growing in importance, 72 percent also said they’d use physical stores to research and buy products too. That wasn’t that far off from the 75 percent of adults ages 22 to 65 percent who said the same.

In that study, findings also showed that Gen Z retail trends among those ages seven to 22, for instance, were significantly more apt to physically visit stores than in the past. In addition, the study gleaned that young shoppers perceive it as a greater benefit for an online store to be attached to a physical store compared to the adults (73 percent versus 60 percent). In addition, the younger shoppers said they’d be more likely to buy only from online stores that also have physical stores.

Interestingly, that survey also showed that youth shoppers and adult shoppers aren’t that different when it comes to convenience. Both like to shop in-store for groceries and personal care items. When buying cell phones and personal electronics, they also want to secure information and expertise from staff on site. One big difference, though? Shopping for fashion items in-store was considered by those 16-21 as a social activity, versus the adults who tended to think that way about grocery shopping. The young, though, were more likely to label themselves “shopaholics,” enjoy shopping and find it less of a chore.

“Overall, they’re tech savvy and rely on their research and social networks to make informed buying decisions,” says Cristina Moscoso, PFH General Manager-West Coast. “Millennials purchasing behavior, for instance is characterized by a close monitoring of their spending and looking for higher quality goods, plus they’re likely to pay a bit more for sustainable products. In addition, younger shoppers are likely to be swayed by reviews of real-life users, not celebrities.”

More recently, shopping is becoming even more “social” – and by that, I mean “social media.” Did you know that as of summer 2022, the hashtag #TikTokMadeMeBuyIt had been viewed 6.6 billion times? “That clearly shows the muscle of social media for promotional advertising to reach a younger audience,” says Moscoso.

In another gleaning about younger shoppers, a July 2022 Statista survey showed the share of consumers whose purchasing decisions were influenced by social media advertising in the U.S., were as follows: Millennials (48%), Generation Xers (57%), Baby Boomers (68%)  but Generation Zers took the top spot at (75%).

VoyadoElevate lists these Generation Z qualities on its web site: 77 percent have taken some sort of action for a cause they believed in; 23 percent have boycotted a brand, and 65 percent have purchased something based on an influencer’s recommendation.

“Moving forward, it’s imperative for all of us in business to pay close attention to changing shopper behaviors,” stresses Moscoso. “It’s not just good intel to have, it’s critical to the success of our businesses. Yes, shopping is an age-old activity, something done by consumers over the generations, centuries, and even the millennia. But “how” it’s done by the youngest group of shoppers is often very different than the past.”

Whether it’s a box, a pallet, or a companywide logistics operation, Prime Fresh Handling is skilled in achieving safe, on-time delivery of time- and temperature-sensitive products between any point of origin and destination around the world.

In fact, PFH is also known as a global leader in perishables transportation of fresh produce, fish, cut flowers, and plants – plus vaccines and other pharmaceuticals, as well. With dedicated state-of-the-art facilities in Europe, South America, and across North America, PFH leverages industry-leading technologies such as vacuum cooling, sorting, re-packing, barcoding, labeling, and temperature and quality monitoring to guarantee consistent, safe, and fresh delivery.