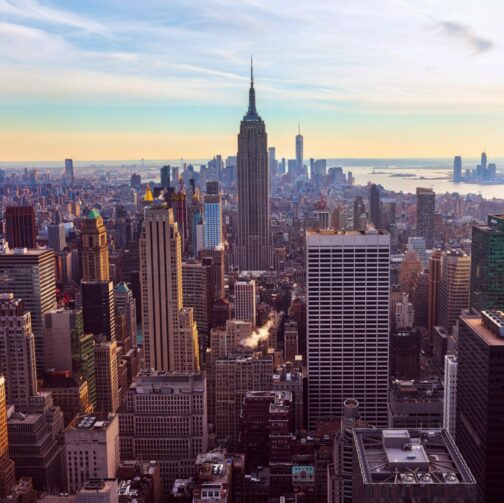 Prime Fresh Handling firmly believes that customer-service excellence goes hand in hand with modern, efficient, and accessible facilities. That’s why we are so pleased to report that on Feb. 1, PFH has finalized the entire relocation of its refrigerated warehouse and administrative offices serving New York’s JFK International Airport.

“The enhanced facility with added space, a loading dock, and three additional overhead doors will undoubtedly allow us to better serve our customers in the New York/Tri-State area, as well as all across New England and Northeastern Canada,” says General Manager-East Coast Alex Paredes.

Here at one of the fastest growing and successful station operations in the Prime Group system, PFH provides all aspects of air and ground logistics and handling for multiple types of cargo – with a heavy focus on temperature-sensitive perishables such as vaccines, fresh-cut flowers and produce, and fresh and frozen fish.

Still conveniently located just east of the airport off the Nassau Expressway, Alex points out that the new 10,000-sq-ft building is perfectly positioned to satisfy existing and projected future demand – which has steadily grown since Alex joined the PFH’s sales operation at JFK in 2016.

First as a sales manager here and presently as the region’s general manager, Alex’s professional growth within the company has likewise been on a steady incline.

Getting to Know Alex Paredes

Dedicating himself to a career in logistics since an early age, Ecuador-native Paredes graduated from La Salle High School in Quito before earning his degree as a Business Administration Technician from German School in 2010.

He first served with Transoceanica/Lufthansa Cargo as Booking Agent for three years before being promoted as National Cargo Chief at Lan Cargo in Ecuador. In 2013, upon the introduction of Atlas Air freighter service between Quito (UIO) and Amsterdam (AMS), Alex joined PFH’s sister division, PrimeAir, as Quito Sales Manager.

As additional aircraft capacity was introduced at UIO and his responsibilities grew, Alex was subsequently selected to be a key member of the team to launch the company’s then-new station operation in Bogota.

Soon after, in 2016, Alex was cherry-picked to transfer to JFK where new challenges awaited him with PFH’s strategic expansion in the New York market – and he has served as an integral member of the entire North American management team since.

At the time of his relocation, Alex noted, “From a business standpoint, New York, it is truly unbeatable,” due to the fact that it’s the most populated U.S. city per square mile. “You can find always someone trying to sell or buy something here in this amazingly robust market.”

Following the company’s steady growth over the past six years in the New York-Northeast market, Alex today focuses all his energies and enthusiasm on continuing to expand business opportunities here.

As the East Coast General Manager, Alex is responsible for:

Prime Group has maintained a New York presence since 2013, however, it launched an all-out commercial push to expand the perishables side of the business in 2016 with the introduction of the initial cooler at the original warehouse. The JFK operation has grown exponentially, today serving as a primary gateway in Prime Group’s global cold-chain infrastructure.

According to Prime Group CEO Roger Paredes, with no family relation to Alex, Prime Fresh Handling has long been seen as a key player in the distribution of flowers in New York to cities all across the U.S., Canada, and Europe.

“With the typical customers of the New York operation being freight forwarders from South America and from across the world, we also work heavily with importers, wholesalers, and retailers of produce and fish – and of course vaccines and pharmaceutical equipment,” he added.

Alex agrees, adding that “We also have our own dedicated fleet of refrigerated trucks to ship the product because after all, our primary focus truly is expert handling of time-sensitive products – and of course quality control.” He also notes there has been an increase in handling dry cargo from the Northeast to most of the countries of South America, as well.

Whether it’s a box, a pallet, or a companywide logistics operation, PFH is skilled in achieving safe on-time delivery of temperature-sensitive material and products between any point of origin and destination around the globe.

In fact, PFH is also known as a global leader in perishables transportation of fresh produce, fish, cut flowers, and plants. With state-of-the-art facilities in Europe, South America, and across North America, PFH leverages industry-leading technologies such as vacuum cooling, sorting, re-packing, barcoding, labeling, and temperature monitoring to guarantee a consistent, safe, and fresh delivery.

Customers and suppliers should update their systems now to reflect the company’s new address, for all cargo acceptance and administrative matters.