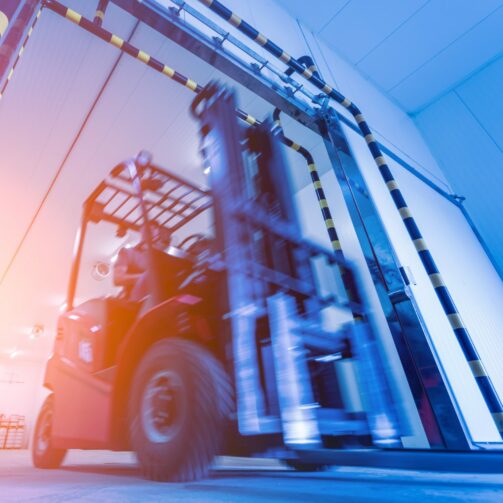 Sometimes it seems like magic: you glance at a website, click an item, and it appears on your doorstep in days, if not hours. How that happens is a bit mysterious: yes, the order goes out over the internet, and yes, the delivery man shows up with your package.

But when you stop and think about the vast network at play (the millions of orders, the crowded warehouses, the trucks, the planes, the ships), it boggles the mind. Maybe it is all run by a wizard?

Or maybe, as it turns out, it involves a different sort of magic; the magic of logistics. What’s logistics, you ask? Well, it’s the large-scale coordination of people, supplies, and equipment. And in the modern world, it goes largely unnoticed. Most of us click and get on with our lives.

But lest we forget, the magic doesn’t happen by accident. And that’s where National Logistics Day comes in: it seeks to remind us of the men and women who work behind the scenes to make the miraculous seem mundane. And in doing so, it begs the question: how did it all begin? How did this vast, sprawling network get started in the first place?

Like most things, the network had humble origins. Before the Industrial Revolution, markets were local in nature. The farmer grew the wheat, the miller ground the flour, and the baker baked the bread – all for the locals.

Then came the railroads, ushering in a new age of long-distance transport. By the late 19th century, you could – with the help of refrigerated cars— haul fresh fruit from California to the East Coast, opening up whole new markets. Other innovations quickly followed: the first semi-truck arrived in 1898, the first forklift in 1917, and the first wooden pallet in 1925. The pallet was especially notable because it allowed materials to be stacked vertically in warehouses, saving time and space.

Then came World War II. Suddenly, the need for efficient supply lines became a national security concern. Since most materials were shipped overseas, the U.S. Army experimented with different cargo containers. Those experiments led to the development of a stackable container, which, in turn, led to the creation of a standard cargo container.

The result? A revolution in global trade.

Gone were the days when a cargo container had to be opened, transferred, and repackaged to fit a smaller railcar. The same container could now go from ship to train to truck and back again.

The next question was: how to keep track of everything?

Before the 1960s, one can imagine desks covered in tottering stacks of paper. But in 1967, IBM moved to put an end to the endless paperwork by introducing the first computerized inventory system. That opened the door to dramatic improvements like barcodes and scanners, which allowed companies to track orders in real-time. A revolution in computing, software, and GPS (better shipping routes!) set the stage for the global supply chain.    The result? Efficiency, efficiency, efficiency.

Today, with A.I., drones, and a focus on sustainability, the future looks bright. But as we know from recent experience, problems remain.

Even in the modern age, the problems of the old world continue to haunt us: wars, pandemics, and natural disasters have recently exposed the frailties of the global supply chain. The risk of being overly reliant on any one country is now painfully obvious. In the future, diverse sourcing is a must. But even then, the ultimate success of the network will depend on people: those unsung men and women who work in the shadows to bring us the world – at the touch of a button.

And we at Prime Fresh Handling salute you!