International Flower Handling is Key to the Business of Honoring Moms 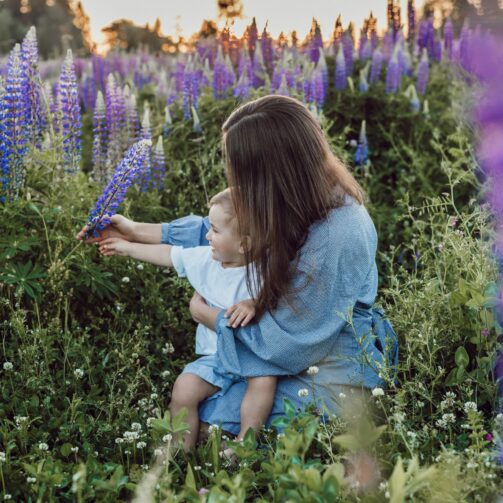 The big day, Mother’s Day, is coming quickly and Prime Fresh Handling is ready. In fact, we have been for weeks! Celebrated in over 50 countries across the globe, Mother’s Day is a holiday that honors mothers and their important contributions to family and society. For Prime Fresh Handling’s fresh-cut flower logistics team, it’s also one of our busiest times of the year – the culmination of a massive effort that begins weeks in advance with harvesting, handling, and ultimately bulk flower delivery via our global network of air cargo carriers and the ground couriers.

Flowers are the most traditional gift given by consumers to their mothers. In fact, U.S. consumers spent an estimated $2.6 billion on flowers for Mother’s Day in 2020. One tidbit? The holiday isn’t only about giving floral bouquets to one’s mother, though, as roughly one-third of all flowers purchased around this holiday are gifts from one spouse to another. So, this spring as always, flowers are the “go-to” gift for those desiring to honor their mothers and sweethearts.
“We’re proud to be on the front lines of this year’s international flower delivery as our company is skilled at carefully handling and transporting fresh and colorful blooms, while also offering live plant delivery, too,” says Cristina Moscoso, General Manager of Prime Fresh Handling.
Many of those fresh flowers originate with flower producers and growers in Colombia and Ecuador, but the company also is experienced at charting a journey for high-demand flowers in and out of the Netherlands, and handling exotic varieties such as orchids originating from Asia, and floral deliveries to a myriad of other spots across the globe. U.S. and Europe, however, are the company’s top destination markets for floral shipments this time of year. According to José Luis Suárez, Regional Sales Director in Quito, peak Mother’s Day shipments occur between April 20 and May 1 from Ecuador to Europe and between April 20 and May 6 from Colombia to the U.S.
“We work closely around the clock to meet our customers’ business needs by adding additional air cargo flights as needed from both Colombia and Ecuador, as the normal air cargo capacity there just isn’t enough to handle the Mother’s Day workload of fresh floral shipments,” he says.

If you’re wondering about how modern Mother’s Day began, let’s “turn a page back into history.” In the United States, Mother’s Day originated from the tireless efforts of Anna Jarvis, who in 1908 organized the observance to honor her late mother. U.S. President Woodrow Wilson named Mother’s Day an official national holiday in 1914. But throughout history, civilizations have honored the concept of motherhood. In ancient times, the Greeks and Romans created festivals to honor the mother goddesses Rhea and Cybele.
While many countries celebrate Mother’s Day on the second Sunday in May, the timing can vary globally. For example, in Russia it’s celebrated on the last Sunday in November; while in Thailand, Mother’s Day is meant to promote the royal family, so it falls on August 12 coinciding with the birthday of Thailand’s Queen Mother Sirikit. Jasmine flowers are the traditional Thai gift for mothers. Some cultures also celebrate Mother’s Day with different types of gifts –such as floral shaped cakes in France. Mother’s Day in Japan is often commemorated by children drawing pictures of their moms or giving red carnations as presents.
Whenever and however your customers celebrate Mother’s Day or other occasions too, we’re ready 24/7 to provide your business with all the logistics needed for international flower delivery.

Launched in 2001, Prime Fresh Handling’s parent company initially began service to represent several air cargo carriers involved in transporting flowers in between Quito and Miami. The operation soon expanded into Colombia, New York, Los Angeles, and Amsterdam –and now we’re a major worldwide shipper with agents all across the globe. At our vast network of warehouse and office facilities, we offer a complete menu of logistics services including processing and packaging, consolidation, warehousing and inventory, and even cold storage and bonded warehousing.
“Our experienced and friendly staff will point out every opportunity to shorten the shipment process, cut transfer times, and move paperwork officially and cleanly – which is key to the successful handling and transport of specialized, temperature-sensitive cargo,” Moscoso says. “We also use industry leading technology such as vacuum cooling, sorting, repackaging, barcoding, labeling, and temperature monitoring to guarantee consistent, safe and fresh delivery of flowers and a wide range of other perishable goods to their final destination.” Prime Fresh Handling offers multiple time-and-temperature-sensitive shipping solutions including pharmaceutical delivery and handling, medicine delivery, seafood delivery, and produce delivery.
As Mother’s Day approaches, though, it’s clearly the time to honor mothers everywhere. We take pride knowing that the fresh bulk flowers we transport thousands of miles for wholesale floral delivery and to service retail florists, are destined to be carefully transformed into lovely bouquets as the perfect gift for many moms and spouses.